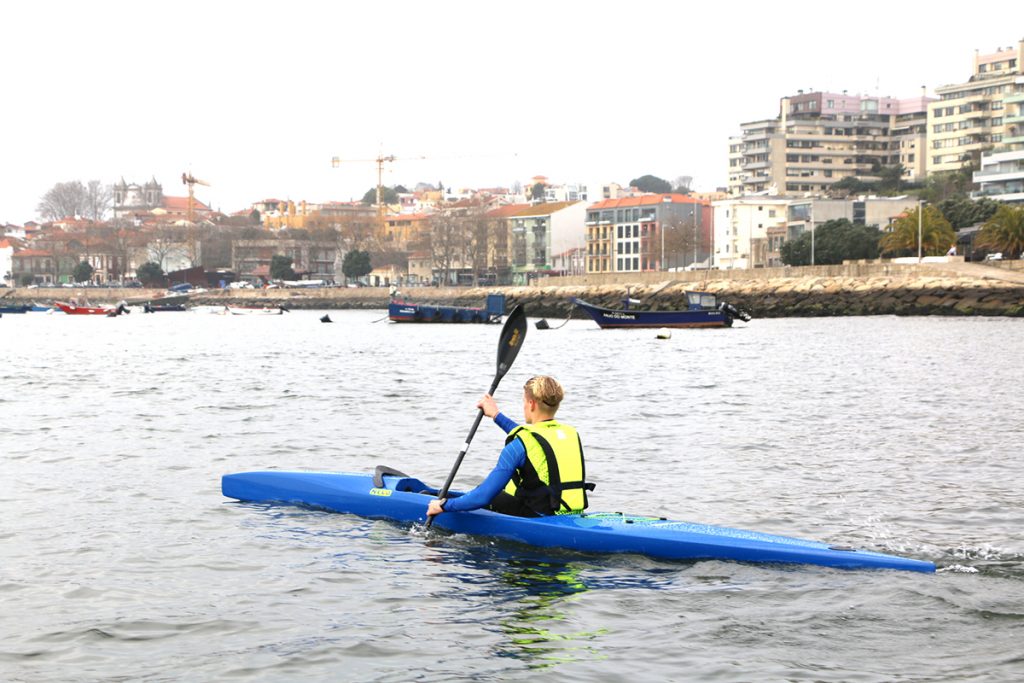 The addition of a surfski deck makes the Viper 46 a versatile boat that maintains speed in the flats, handles small to medium downwind conditions and looks sleek.

We’ve been paddling the Viper 46 Surfski for a few months and want to share our thoughts.  For reference, we’ve taken it out in everything from flat water to medium sized downwinds off Newport Beach and Dana Pt, CA.  We’ve even tested this puppy in Swell City, Hood River.  🙂

We realize that stability is relative to each individual; this review is from the perspective of someone with Olympic K1 and Surf Lifesaving experience.

The Viper 46 Surfski is a hybrid, combining capabilities of a surfski with flat water speed of a fitness K1.  Because it is a hybrid, we wanted to visually compare it to a surfski and a K1 so you can see the difference.  We’ve chosen to compare the Viper 46 Surfski to the 520 Surfski because they are the same length.  We’ve also placed it next to the Viper 46 K1, for reference.  While the diagrams below are not 100% accurate, hopefully they help get our point across; you see there’s a big difference in rudder position, rudder style, and boat volume. Let’s take a look at each of these and see how they influence the Viper 46 Surfski.

Rudder position:  You’ll notice that the 520’s rudder is further away from the stern when compared to the Viper 46 Surfski.  As the rudder gets further away from the stern, we feel as though we have more control in surf, just like on a surfboard.  As we move the rudder toward the stern, we feel the ski or the board loosen up.    The 520 holds a firm line in big downwinds because that’s what its designed to do – go downwind.  Comparatively, the hybrid Viper 46 Surfski is designed to be fast in the flats with the capability of going into bumps and the rudder position reflects this.  By having the rudder in the same position as the K1, the Viper 46 Surfski is very fast in the flats and a bit loose in the bump.    Rudder position can’t be changed on a ski, but rudder depth and design can be.

The Viper 46 Surfski has significantly less volume in the bow and stern compared to a true surfski.  This allows the boat to maintain speed, but does not pop over waves like the more voluminous surfski.  This means that if you are doing a downwind in this boat, you’ll need to surf the top of the wave and be careful not to put your nose into the run ahead of you – I mean, we’re all supposed to be doing that anyway, right?  🙂  Less volume in the nose also means a wet ride in headwind conditions, like a K1.  Luckily the Viper 46 Surfski comes with a wave deflector, so put it on if you’re doing in’s and out’s!  The Viper 46 Ski also comes standard with a deBrito bailer which empties the cockpit very quickly when needed.

Rocker is also different between the Viper 46 Surfski and the 520.  The shorter boats (5.2 meters) are exceptionally maneuverable in surf.  In my experience, the Viper’s flatter hull does not hinder surfing.

The Viper 46 Surfski is a versatile boat with the ability to handle a bit of everything.  It maintains speed in the flats like the Viper 46 K1 and handles smaller bumps like a ski.

Like all Nelo’s, it has an ergonomic seated position that allows for optimum leg drive and hip rotation.  It has great secondary stability and handles confused water with ease.  A good paddler can generate enough speed to jump from run to run, which is exceptional for a boat this stable.

The Viper 46 Surfski is a great choice for those who want a boat that can handle a variety of conditions.  We find it popular with those who paddle large lakes and harbors that have significant fetch or may experience sudden weather changes.  For example, imagine you’re out for a paddle and the winds picks up unexpectedly; the Viper 46 Surfski will not fill up with water like it’s open cockpit cousins.

Overview Possibly the best downwind teaching tool on the market, the Nelo 600 is a small double surfski that delivers big fun in surf. At